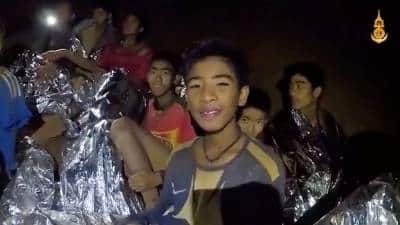 Have you ever lost been lost in a Cave?

The recent news in Thailand was the disappearance of 13 footballers and their coach from the Wild Boars football club in Tam-Luang-Kun-Nam-Nang-Norn cave at Maesai district, Chiangrai province.

The footballers and coach disappeared for 9 days 5 hours and 41 minutes from June 23rd– July 2nd. This news totally caught Thai people’s attention and also people around the world. 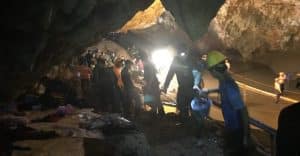 Finding the 13 missing people was hard because it was rained heavily for many days and the rain also caused flooding in the cave network. Luckily, this mission was assisted by many of international organizations such as American, Laos, China, Australia, Myanmar, Austria, Japan and the United Kingdom. The first group that found the footballers and coach were 2 British cavers John Alderton and Richard Stedman and the Thai Navy Seals. The cavers followed the safety rope which was left by the coach but the rope ended before finding the coach and the children. The rescuers then had to search for the football team and had a lot of difficulties.

Around 1,000 people were involved in the rescue operations, including navy divers, military personnel, and civilian volunteers from Thailand and many other countries. Unfortunately, a former Thai navy diver, Saman Kunont died whilst returning from delivering oxygen for the rescuers. He is being hailed as a hero worldwide. 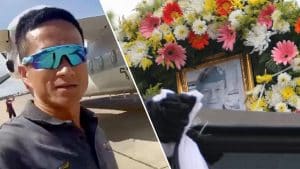 The 13 footballers survived because the coach told them to lie down motionlessly to save energy and to drink water coming from the cave walls. Everyone was ecstatic having found the children on the 2nd July. It was thought that the team would need to stay in the cave up to 4 months until the rainy season had finished but as additional heavy rain was forecast and the rescue equipment started to suffer failures the whole rescue effort was brought dramatically forward. Four boys were successfully rescued on the Sunday 8th July as illustrated from this picture from the BBC.  Four additional boys evacuated on Monday 9th and the remaining 4 boys and the coach on Tuesday 10th 2018. All those rescued will remain in hospital until strong enough to return home.

We wish the boys, their coach and their families every good luck.