The Thai Language has a reputation as being one of the most difficult languages to learn in the world. Actually, the core principles of the language can be learned quickly. Measurable progress can be made with the support of good Language Teachers. 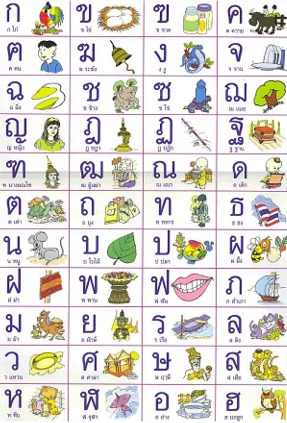 History of the Thai Language

Thai, which is sometimes referred to as Siamese, is part of the Thai language family. The languages in this family belong to the much larger Austric language group. The Austric language group have links to Khumar (Cambodian) and Indian Sanskrit. The written Thai Alphabet was introduced by the third Sukothai period king, Ramkamhaeng, in 1283. This writing system has undergone little change since its introduction. Modern-day readers can read inscriptions from the Sukothai era. The Alphabet is based on Indian Pali, Sanskrit and also includes a large number of Mon and Khmer words.

In Thai Script the Vowels are written above, below, before and after consonants so that they modify the consonants. There is no upper case in Thai language and hardly any grammar. This means that there are no plurals or tenses. Past tense or future tense is easily identified by adding extra words in the sentence.

Is it difficult to learn?

If your tone is wrong, you will not be understood by anyone. You will in many circumstances be saying another word! That is why when learning the language you should pay special attention to the different tones. In the Thai language, there are five tones:

The Tones can initially seem a little difficult to master but with practise with your Thai language teacher and some careful listening, this can be mastered.

Because learning Thai is alien to farang we recommend learning on a one to one basis at a good school.  If you are to learn to speak clearly and confidently you will require language teachers’ support. You will need to practise hard to make the correct tones and sentence construction.

Take a no-obligation trial lesson and start to learn online or at our Language School. We can help you master this beautiful language with confidence with lessons online. About 80% of our students rebook – see what they say about us.

For more language resources please either look at our Learn Thai Free section. Or follow the link below to our formal private training classes.