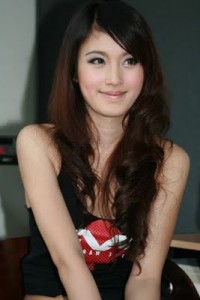 Any tourist coming to Thailand will be familiar with the term ‘ladyboy’. They have been called Thailand’s third sex, as it does seem that there is an extraordinary number of them here. Tourists will definitely come into contact with them, but whether they will realise it or not is another matter.

Ladyboys are employed in many customer service positions, as they are usually very polite and extremely well groomed, not to mention extremely pretty. ‘Gà-təəi’ often work in pharmacies, behind shop counters, as receptionists and in restaurants.

Ladyboys are well known for taking exceptionally good care of themselves, and for being fairly opinionated. So if you are looking for a ‘lady of the night’ with something extra to offer, then maybe a ‘Gà-təəi’, would be a good choice?

Often Ladyboys are so beautiful, it is extremely difficult to tell them apart from a ‘real’ woman. But for those who wish to look carefully, there are clues. Thai men are generally very slim and slight and are, to many, very feminine. They do not have the body hair of many other races, which are generally considered to be more masculine.

So how can you distinguish between a natural born woman and a ladyboy? Two of the biggest clues are shoulders and feet. And if that person blatantly giving you the eye across pub is a ‘Gà-təəi’, he/she will be far more aggressive and up-front about ‘coming on’ to you than a natural born Thai woman. Ladyboys have a tendency to become fairly violent or pushy, which is totally against the nature of most Thai women.

Another physical clue is their voice, if it is fairly deep, then perhaps the hormone therapy has not taken effect yet. Probably the biggest ‘give away’ is the shoulders. Most men have shoulders wider than their hips. Women are more balanced.

Obviously being a Thai Ladyboy is not the worst fate that could be dealt with a person. ‘Gà-təəi’ reputedly earn much more money than the average natural born Thai female bar girl, and maybe having been men they have an advantage over natural born women? 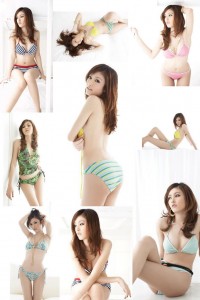 On this lesson these are the pictures of Poy Treechada, a very pretty Thai ladyboy

Gee (เกย์) is a borrowed word from English and is used generically to refer to male homosexuals of all types, but not lesbians. It is not considered derogatory. Most gay Thai men prefer to be called gee (เกย์) instead of dtút (ตุ๊ด) or gà-təəi (กะเทย)

Dtút (ตุ๊ด) is man who acts feminine without cross dressing or wearing make-up. The term can be derogatory. Sometimes it is used interchangeably with gà-təəi (กะเทย). Most gays would rather be called “gay” instead of dtút (ตุ๊ด).