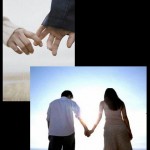 Shows of Emotion in Thailand

These days, young Thai lovers can often be seen holding hands or hugging each other in public, much to the embarrassment and consternation of their elders! Traditionally, it is socially taboo for lovers or even married couples to show affection in public. This goes not only for kissing and snuggling but virtually any physical contact. For example, most Thai women don’t like to be seen holding hands with men in public, especially with foreign men. One reason for this is that they don’t want to lose face and have people think that they are prostitutes, even when they are. Be especially sensitive to these concerns when you are around her family and friends. The country girl may not mind holding hands in a Bangkok shopping mall but will want to be strictly proper while visiting her home village. Just because she wants to be a “polite” girl doesn’t mean she won’t be an affectionate lover when she is alone with you. While the above comments apply to both men and women, the double standard is alive and well in Thailand and some Thai men may like to show off their foreign girlfriend. Still, as a foreign women, you will make a better impression if you follow the traditional norms against displaying affection publicly.

Strange to many foreigners is the fact that, while public physical contact between Thai lovers, men and women is looked down upon, physical contact between adults of the same sex is perfectly acceptable. It’s not unusual to see two men walking along holding hands or women hugging each other. It doesn’t necessarily mean they’re gay, they are just being friendly.

If you want to learn more about the Thai Language, you are very welcome to stop by our website: www.thailanguagehut.com or follow us on Twitter or join us on Linkedin