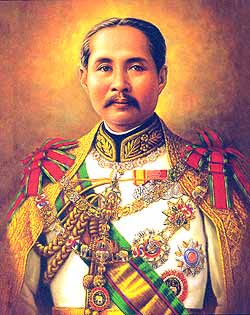 This day commemorates the passing of King Rama V  Chulalongkorn on 23rd October 1910. Piya Maharat is a nickname for the King, meaning the beloved great King.

Every 23rd October is the Anniversary of the death of King Rama V who is regarded by many people as one of the most important monarchs in recent Thai history. Thai people remember him on this day which is known as Chulalongkorn Day or Piya Maharaj Day in Thai. King Chulalongkorn led several major reforms in Thailand, for example in the areas of Thai educational system, military affairs, State Railway and Slave Liberation Act without bloodshed in Thailand. Every city in the country has its own statue of King Rama V.

The King reigned during a difficult period of transition and was characterized by the modernization of Siam, immense government and social reforms, and territorial cessions to the British Empire and French Indochina. As Siam was threatened by Western expansionism, Chulalongkorn, through his policies and acts, managed to save Siam from being colonized. All his reforms were dedicated to Siam’s insurance of survival in the midst of Western colonialism so that King Chulalongkorn earned the title Phra Piya Maharat (พระปิยมหาราช – The Great Beloved King).

The King was born on September 20, 1853, to King Mongkut (or Phra Chom Klao) and Queen Ramphai Pamarapirom (Thepsirindra).  King Mongkut recognized the threat of colonization by Western powers so had his son educated by a number of Western school teachers including Anna Leonowens who later wrote the King and I. King Rama V ascended to the Throne in 1868 at the age of 15. The King continued to study Western culture throughout his reign and was the first king to go abroad to Europe. Such was his impact in Sweden that there is even a street name named after him in Sweden.

The King and I

King Chulalongkorn was epitomized in the play the King and I.  The King and I is a 1956 musical film made by 20th Century Fox, directed by Walter Lang and produced by Charles Brackett and Darryl F. Zanuck. The screenplay by Ernest Lehman is based on the Richard Rodgers and Oscar Hammerstein II musical The King and I, based in turn on the book Anna and the King of Siam by Margaret Landon. The plot comes from the story written by Anna Leonowens, who became a school teacher to the children of King Mongkut of Siam in the early 1860s.

On this day people gather at his statues across Thailand to commemorate his life and also to lay a wreath at the foot of the statue. He is also celebrated in schools and government offices where ceremonies take place in his honour. The act of respect is believed to give good luck often in business. It is for this reason why his portrait is often hung in many shops and businesses. In fact, King Rama V is shown on the back of the 100 baht note also.

The first university in Thailand was named in the honour of the enlightened King in 1917 Chulalongkorn Mahawitthayalai จุฬาลงกรณ์มหาวิทยาลัย. 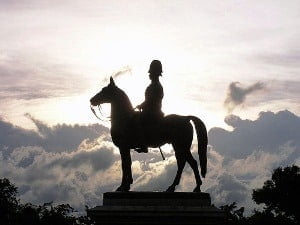